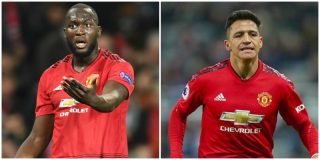 The club appointed Ole Gunnar Solskjaer as caretaker manager until the end of the season, suggesting that they would be work on a permanent manager to be announced in the summer before the new season kicks off.

However, Solskjaer has done a better job than anyone could have imagined and looks set to appointed manager on a full-time basis.

Not only has he lifted the mood around the club, we are playing much better football under the Norwegian with star players truly expressing themselves.

But here are a few still struggling to find form under the new boss. And maybe, just maybe, they don’t have what it takes to grow in Solskjaer’s side as he attempts to take United back to the top again.

Here are 5 players who face uncertain futures at Old Trafford.

It just doesn’t seem to be happening for the Belgian striker. He scored 16 goals in the Premier League last season, as per WhoScored, and had involvement in a memorable World Cup for his country, but Lukaku looks a totally different player now. At 25 it would be stupid to write him off, though having Marcus Rashford in your team can make you think twice.

Unlike Rom, Sanchez has never shown United fans the level of performance they expected when he joined from Arsenal last January. The highest paid player at the club isn’t good enough to get in the team. Let’s face it, that’s a f***king joke and it can’t carry on much longer.

Good club servant but his best days are behind him. We can see Valencia leaving on a free at the end of the season.

Not good enough for United. I think that’s been pretty clear since he’s been getting games in the first-team. I don’t recall many, if there were any standout performances from the Brazil international.

The club have tried selling him in the past. He’s misfortunate with injuries and has a fiery streak to his game, but United should be looking to pass on a defender or two while signing someone of world-class ability.