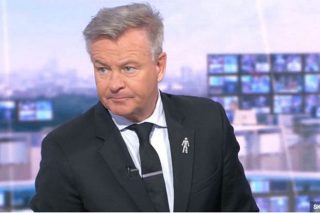 Sky Sports pundits have all picked their combined Manchester United and Liverpool XIs ahead of Sunday’s meeting and obviously – we’re left scratching our heads at one call they’ve all made!

None of them have put Victor Lindelof in defence alongside Virgil van Dijk, instead preferring Joel Matip or Joe Gomez to partner the Netherlands international.

Anyone that has watched United closely over the past two months especially will know just how good Lindelof has been, even when partnered by inadequate defenders at the heart of Ole Gunnar Solskjaer’s defence.

The four lads all dropped clangers will this decision as there can be no doubt over Lindelof being a better fit to partner Van Dijk than anyone in Jurgen Klopp’s squad.

Merson, however, does give a reason for his decision to select Matip over Lindelof: “Right-back would be Trent Alexander-Arnold and centre-backs Virgil van Dijk and Joel Matip, who is probably better over a distance than Victor Lindelof, who I think has turned a corner.”

He most certainly has turned a corner and is United’s most improved player this season.

Perhaps the biggest clanger of all came from Charlie Nicholas, who went with the bizarre choice of Roberto Firmino over Marcus Rashford.

He explained it by saying: “I am a massive fan of Rashford, I think he’s a wonderful young talent, but Liverpool’s front three together are brilliant.”

Is he suggesting Liverpool’s front three cannot be improved? Heh…

Full selections from the Sky Sports pundits, below.

Send us a tweet (@StrettyNews) and let us know what your MUFC/LFC combined XI.