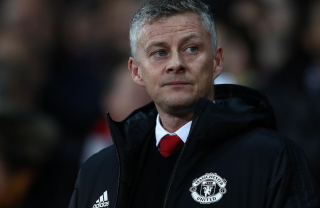 Both players picked up injuries in the Champions League defeat against Paris Saint-Germain, and Solskjaer was initially fearful that they would miss one of the biggest games of the season.

Now, that doesn’t appear to be the case.

The attacking duo missed Manchester United’s 2-0 win over Chelsea in the FA Cup Fifth Round, but goals from Ander Herrera and Paul Pogba proved enough to see the Reds progress in the competition.

Speaking exclusively to MUTV before Friday’s pre-match press conference at Carrington, Solskjaer gave an update on the pair’s situation ahead of this weekend’s showdown at Old Trafford.

I hope and think Anthony will be ready and I hope Jesse will be ready because it’s two different injuries, the Norwegian told Stewart Gardner.

So maybe more hope than think, with Anthony as well, but he’s got a chance. Anyway, we still hope Jesse could be ready. Let’s see. We’ve still got a couple of days’ training left and they need to be part of it.

At least the lads have a chance of returning. That will inject greater concern into the Liverpool dressing room, and they’ve enough to be worrying about at the moment with a Premier League title up for grabs.

United hurt Liverpool by attacking aggressively down the left flank last season. Marcus Rashford did the damage that day but with the England international now playing centrally, it would be a huge boost for us to have Martial back.