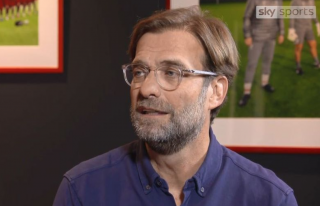 Jurgen Klopp has accesses the impact Ole Gunnar Solskjaer has had at Manchester United as caretaker boss ahead of their giant Premier League meeting on Sunday.

A top four finish was out of the question in mid-December when José Mourinho was sacked as manager and replaced by the Norwegian, who now has United in fourth place and in the quarter-finals of the FA Cup after beating Reading, Arsenal and Chelsea.

However, the Reds suffered their first defeat under Solskjaer last week in the Champions League as Paris Saint-Germain came out deserved winners at Old Trafford. It was clear that we’re currently a standard below the French giants, but not too far off, even if they were without star players like Neymar and Edinson Cavani.

The vast majority of players are performing better since Solskjaer took charge, including Pogba and Herrera, with both midfielders scoring against Chelsea on Monday night.

Both players should be aware that another top performance is demanded of them when Liverpool visit Old Trafford on Sunday and Klopp claims to be aware of the challenge at hand.

“You never know in the beginning, that’s how it is when a new manager comes in,” Klopp said of Solskjaer’s start to life as United boss, as quoted by the Manchester Evening News, citing Sky Sports. “There’s a lot of things, maybe relief for players, for a few players of course because always when a manager has to go, a few players didn’t feel as they should maybe.

“But now, after nearly three months or so, it’s outstanding. I think Ander Herrera is in the best period of his life, it’s unbelievable how he’s playing, Pogba is Pogba again. The work-rate of the strikers is unbelievable. They always had the speed but now they’re using it in the right moments.

“There is a lot of quality in the team. The last line (of defence), there was a lot of discussion about that. Now they work together as a team so nobody speaks about the last line anymore.

“Goalkeeper was always good, no doubt about that, so it’s a different side to the beginning of the season for sure. But that’s how it is.

“We never expect an easy game when you go to United, it was always clear that it will be a tough one for Liverpool, but we still thought, ‘Let’s give it a try,’ and that’s what we will do.”

Klopp even manages to get a dig in at Mourinho with his line about United’s defence.

We are certainly a lot more attack-minded under Solskjaer, and it’s about time we enjoyed football again.

When asked if he had been surprised by Solskjaer’s impact, the German responded: “I’m a manager by myself and I know we are no magicians.

“It’s not like we come in and say ‘you are not good but I can make you really good’, so it’s like we are blessed with really good players around us.

“Ole Gunnar Solskjaer is doing a brilliant job, it’s all about bringing out the potential, improving the quality and that’s what he obviously did and that makes him a manager for a top club and that’s how it is. I’m not surprised by that.”

Hopefully Ole makes a greater impact this weekend and piles the pressure on Klopp and Liverpool by giving their title challenge a hit.