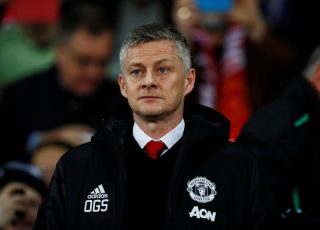 José Mourinho was a man and a manager completely at odds with the storied glory, history, ethos and tradition of this great club. Hindsight is, indeed, a wonderful thing, and with its benefit this odd couple appointment was a catastrophe waiting to happen. Some partnerships are simply incompatible and never was that more true than Manchester United and Mourinho.

The appointment of Mourinho followed the United board’s trend of going for the big name. Ed Woodward, a glorified accountant, is a man starstruck by the galactico reputation. Not only was the idea of him jettisoning Mourinho – who he had long championed – a fanciful one, it was questionable whether he had ever even heard of Ole Gunnar Solskjaer. For him, the bigger the better – big names attract sponsors, commercial deals and keep the Stock Exchange happy.

You’d have been laughed out of town with the notion that Mourinho, one of the greatest bosses of his generation, would be replaced by a rough around the edges managerial rookie halfway through the season. Especially at this club, where the hierarchy notoriously leave things to collapse until it’s too late. Solskjaer, forever synonymous with undoubtedly the most famous goal in this great institution’s illustrious history, would not even have been considered for the job. It was a pipe-dream that probably not even Ole himself had dreamed of.

Solskjaer, mighty as a player but a manager of modest reputation, had plied his trade in his native Norway and the backwaters of Molde. His one, solitary step into the unknown ended on a sour note after eight torrid months at Cardiff. It is a stick some continue to beat him with. It is my belief that no one could have done any better in a no-win situation without a transfer budget at a club that was already as good as doomed when he took charge. Four years on from that fateful stint in Wales, Solskjaer is hitting the headlines again but this time for the right reasons.

Some things are just meant to be. Certain managers are made for certain clubs. It pains me to say it, but Manchester City’s powers that be had planned for over a decade to lure Pep Guardiola to the Etihad. They mirrored the Catalan’s approach – slick, ultra professional and utter perfectionism. A man they had long yearned for, Guardiola and City are a match made in heaven. Just like he and Barcelona were. Gianluca Vialli and Chelsea went hand in hand, and Real Madrid proved the perfect pull for Zinedine Zidane. Every so often, the stars align and the right person falls into your lap. The person you didn’t necessarily know you needed, but the person that, perhaps, you were meant for all along. That special someone that makes everything better and infinitely more bearable.

For Manchester United, that person is Solskjaer. The notion of a bona fide club legend returning as a knight in shining armour to lead his beloved, boyhood club to glory may be a fanciful, romantic notion that exists only in the mind of football fans. But that’s not why Solskjaer should get the job. He should get it because he deserves it. It’s as simple as that. I’ve been careful to pass judgement on Ole as every too often we see the honeymoon period, the new manager bounce, fizzle out into middling mediocrity. Just ask Maurizio Sarri as the obvious fall guy. But this is far more than that, now. Honeymoon periods don’t last two months, and Solskjaer’s impact has been immediate and far greater than anyone – perhaps even he – dared imagine. He’s taken us from inept to unstoppable in eight weeks and transformed every single player beyond recognition.

Woodward’s gamble has, for once, paid off. Then again, after a string of ill-fated decisions as we lurched from one shocker to another on his watch, I suppose he had to get something right eventually.

In the kindred spirit of his managerial mentor, Solskjaer has channelled his inner Sir Alex Ferguson. There can be no higher compliment than that.

There has been far too much talk of Mauricio Pochettino arriving at Old Trafford, but after appointing failures such as David Moyes, Louis van Gaal and Jose Mourinho, maybe it is time for the second coming of Sir Alex in one of his former pupils. Manchester United are perfect for Ole, and he for us.