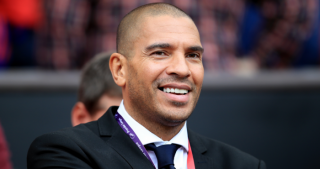 Manchester United host Liverpool in the Premier League this weekend.

After beating Chelsea 2-0 in the FA Cup Fifth Round on Monday night, there’s a number of reasons to be optimistic ahead of the game, although cautious at the same time.

While I wouldn’t go as far to say we should respect Liverpool, you can’t deny them this title race against Manchester City. Jurgen Klopp strengthened his squad with clever signings last summer and they’ve kicked on to compete with last season’s champions.

But it would be great if United could put a stop to their momentum this weekend as well as remain in the Premier League top four.

In his weekly column in the Mirror, Stan Collymore looked ahead to the clash between English football’s fiercest rivals. The former Liverpool man expressed his fears for the Scousers if they struggle against Bayern Munich tonight in the Champions League.

“Against Manchester United on Sunday, I fear the damage could do and I’d go as far as to say all bets are off in terms of the title if should Liverpool lose that game,” Collymore wrote.

I’ve seen some of their games of late and it’s clear their players are on edge with all the pressure. Beating the Bundesliga champions tonight could make a difference, but we’ll have to wait and see.

Meanwhile, United were excellent against Chelsea on Monday and were drawn against Wolves in the quarter-finals.