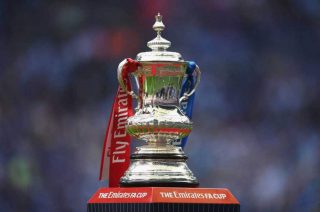 Manchester United have been drawn against Wolves in the FA Cup quarter-final.

The Reds secured their place in the next round on Monday night by beating Chelsea 2-0 at Stamford Bridge. Goals from Ander Herrera and Paul Pogba were enough to eliminate last season’s champions.

It was a hugely professional performance from Ole Gunnar Solskjaer’s men tonight. The away support was fantastic, the players responded to last week’s defeat to PSG, and we’ve put rivals Chelsea into an even bigger hole with their managerial situation.

We thoroughly deserved the result and when back-up goalkeeper, Sergio Romero, was called upon in the first-half, he showed again why’s we consider him the best second-choice goalkeepers in the league.

Chelsea fans sang ‘Fuck Sarri-ball’, ‘You don’t know what you’re doing’ and ‘You’re getting sacked in the morning” after Chelsea went two-goals behind.

However, the draw for the next round was made after the match with Wayne Bridge and Darren Fletcher picking the balls out.

So, another away tie for the Reds but at least we avoided another top side with Manchester City drawn against Swansea.

It could be worse but Wolves are no pushovers. They’ve been one of the most entertaining sides to watch in the Premier League this season, not to mention some of the results they picked up until this point.

United could be looking at another semi-final in the FA Cup.