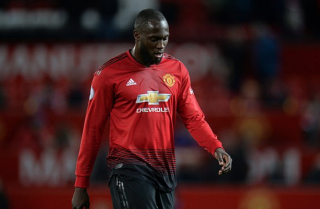 Manchester United are in talks with Inter Milan over a deal to sign striker Mauro Icardi, according to reports.

Recently stripped of captaincy at the San Siro, the Icardi saga has thrown out more speculation about his future, amid unhappiness with his current situation.

His wife and agent Wanda Nara doesn’t help matters by constantly speaking out against Inter and Icardi’s teammates. That alone is an influence I wouldn’t welcome at United, despite the fact we’re talking about a really good player.

Icardi has 9 goals and 2 assist in Serie A from 18 appearances this term, as per WhoScored, but there’s been a lot going on in the background to excuse a drop in form. Last season he netted 29 times in the league after 34 matches, and he had a similar tally the season prior with just five goals less.

There will be no shortage of interest if Inter decide to cash in on the Argentine striker this summer, though I would advise against United signing Icardi with Marcus Rashford good enough to take the central role next season.

The Metro claim the 25-year-old is available to sign for €100 million due to a release clause in his current contract.

Meanwhile, the Express suggest United are discussing a potential swoop for the Inter star and that the Reds are willing to include Romelu Lukaku as part of the deal, with the Belgium international is ‘aware of the situation.’

Lukaku definitely faces an uncertain future at Old Trafford. He’s been woeful this season and has looked completely out of shape, not to mention losing his place in the team to Rashford.

If Solskjaer gets the United job, I would fear for Lukaku’s future at the club but can’t see Icardi coming the opposition direction when United need to prioritise other key areas such a defence and midfield.