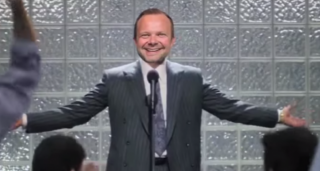 I suspect the question in the title has crossed the minds and lips of many a Manchester United fan in recent times. The powers that be recognised the need for the most immediate, arguably fundamental change in dispensing with the alienating, dinosaur methods of Jose Mourinho in favour of the lovable, prodigal son Ole Gunnar Solskjaer who recognises the standards expected and goes out of his way to keep every member of staff contented.

Yet, the wait goes on regarding this much rumoured director of football and restructuring at boardroom level. It is abundantly clear that there have been seismic failings at Manchester United ever since David Gill and Sir Alex Ferguson synchronised their last days in office, leaving Messrs David Moyes and Ed Woodward in charge respectively. Whilst this is an unavoidable fact, it is crucial to emphasise that there are several factors at play when weighing up this boardroom re-structure:

Would the next permanent man in the United hotseat be receptive to that type of structure? Mourinho was vehemently against any interference, which would go a long way to explaining some of the difficulties during his tumultuous tenure.

Despite strong rumours that Ole Gunnar Solskjaer is firmly in the driving seat to take the top job, Mauricio Pochettino’s name refuses to go away. Solskjaer is ‘on loan’ from Molde, who happen to have a managing director in place. It was common knowledge too that Pochettino widely trusted Paul Mitchell, who has been linked with the role at United and is currently employed at Red Bull Leipzig. That gives you an idea that the next man would hypothetically work well under the governance of a director of football.

Most clubs these days have gone down and embraced the director of football model. Tellingly, United have not deviated from the more so-called ‘old school’ approach in that manager and chief executive liaise and discuss, rather than a more official body take control of the recruitment side. It might come as a surprise to some of the readers, but United do have different people internally dealing with the day to day operations and the responsibility does not fall solely to Woodward. For instance, a chap called Matt Judge is in charge of contract renewals for players and staff.

United have clearly made internal mistakes in the post-Ferguson days yet they are slowly making steps towards becoming the real United again. They have to recognise who they are, what they want to become in terms of type of people, football and there is an expectation, almost obligation for United to go about their business a certain way. That said, the suits need to weigh up whether promoting from within would only exacerbate those mistakes or to go down the external route with attributes more in keeping with the old Unite.

There is an acceptance that things need to be done differently in order for United to rediscover those vintage, glory days. They need to fall into line with football’s evolution and not stand still.

There can be little denying that fact, however it’s equally vital to stress that United must do their due diligence on every candidate discussed. That is of paramount importance as United can ill afford to get their next footballing decisions as painstakingly wrong as some of the last few years.

For that reason, those on the shop floor are not said to be panicking or rushing into a decision. Whilst it is frustrating from a fan’s perspective, I suppose an element of trust has to be given that the suits are putting the club’s interests first.

You just hope that the board do not view Solskjaer merely as this miracle worker who has magically transformed the club’s fortunes just by getting the current crop playing with swagger, confidence and smiles on faces. I am not diminishing Ole’s work- I have loved every minute of his reign so far and want him to land the job permanently. From a recruitment perspective, however, you pray that the board do not see this revival as a reason for minimal recruitment in the summer.

It is clear that, for all of Solskjaer’s brilliance in terms of man management, that is just one factor and United still need top quality reinforcements to get back to previous lofty heights. Solskjaer even stated as much following the first leg defeat to PSG.

Some, however, have taken the lack of a director of football appointment as a signal that Woodward still wishes to exert a certain amount of control at boardroom level and that player recruitment will be limited. Their logic being that a director of football would need time to get their feet under the table and to assess the club’s needs in great detail.

That assumption is certainly plausible and has foundation, however I still feel the rumblings of worry are a little premature.

Experts have implored United to not rush the next permanent decision so, by equal measure, the director of football conundrum should not be expedited either.

Once it has become clear who the man to take us forward from the dugout is, don’t be surprised to see movement at boardroom level too.

Let’s not forget that this is a huge decision for Manchester United, not to mention a critical juncture in their journey to resuscitate themselves from the post-Ferguson slump.

It is a culture change and Ole Gunnar Solskjaer’s interim appointment is only the dusting away of cobwebs so to speak, where a full spring clean is needed.

These next few months will go a long way to shaping Manchester United’s future and the club remains calm.

For now, just enjoy Ole at the wheel.