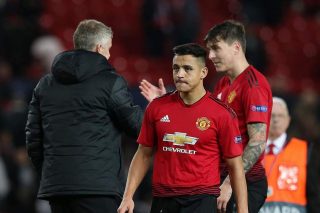 Every club has that one shirt that’s not just a number – more an iconic symbol that defines everything the club represents. Think Lionel Messi and Johann Cruyff before him in the #10 of Barca, whilst three of Newcastle United’s best ever strikers – Jackie Millburn, Malcolm MacDonald and Alan Shearer – represented the Toon Army with distinction in the number nine jersey. For us, it’s our number seven shirt.

The number has always held that special affection in the hearts of us fans, and some of our most revered and iconic players have plied their Old Trafford trade with the number shining like a beacon on the back.

For me, it will always be synonymous with two players that were head and shoulders above their peers – a duo that will go down as among my favourite all-time United players as the talismanic figureheads in two of United’s greatest ever sides. David Beckham and his replacement – a braid-headed, showboating and temper-mental teenage tyro by the name of Cristiano Ronaldo. Both came as boys and left having made the number their own. It’s a special number and a shirt that’s often reserved for that spontaneous, brilliant, edge-of-your-seat, something-out-of-nothing and once in a generation player that takes the collective breath away to send any Red into a misty-eyed stupor.

I’m not old enough to remember George Best, but the list of legends to have donned our seven is an endless roll-call of some of this club’s finest ever players and extends beyond the exploits of Messrs Beckham and Ronaldo – Bryan Robson, Steve Coppell, Eric Cantona and the fulcrum of Sir Matt Busby’s second great side Johnny Berry, not to mention the flawed genius Best himself.

Some flourish, but for others it’s become an irrefutable burden. Recently, it’s as if a curse has been placed upon the heads of anyone who dare follow in the footsteps of greatness. Four have tried but all have failed, as if to crumble under the expectation borne out by the pressure of wearing the shirt with the legendary, totemic number on the back. Antonio Valencia went back to the number 25 after a single season in the number, and Michael Owen, Memphis Depay and Angel Di Maria have all come and gone after a solitary campaign, weighed down simply by the presence of the famous shirt.

It was perhaps with more than a hint of irony that it was the very same Di Maria that ran the show for Paris Saint-Germain against the club he left under a cloud back in 2015. Di Maria claimed two assists and showed no mercy on his first return to Old Trafford as he was United’s tormentor in chief for the Parisian giants. He showed United what they were missing and offered a reminder of his talent as the one that got away.

The Reds current incumbent of the shirt that the Argentine once donned is, quite frankly, an embarrassment. Free from the trouble and strife of the moribund Mourinho era, in a Champions League tie under the lights against genuine European heavyweights, the stage was set for Alexis Sanchez to finally do himself justice. This is what we signed him for. Nights such as this. It was an opportunity to put a torrid twelve months behind him and step into the spotlight, introduced off the bench a minute before the break to replace the limping Jesse Lingard.

He failed miserably. Again. Ole Gunnar Solskjaer has barely put a foot wrong since his appointment, but even he has struggled to strike a tune from the piano-playing Chilean. I lost count of the number of times he lost the ball, he didn’t track back, never lifted his head up and looked completely at odds with himself. He may proved to be a world-class talent who carried Arsenal again and again, but Alexis just isn’t a Manchester United player. Indeed, his form has dipped so much that at the moment you look at subs to come on and make an impact, he’s not one of them.

He arrived just over a year ago with a hefty price tag and even heftier expectations, and it seemed as if – at last – we had a superstar player and a number seven worthy of the name. But it merely seems as though Manchester United’s “curse of the seven” goes on.