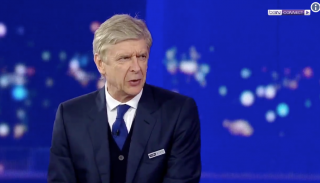 Arsene Wenger has had his say on Manchester United’s 2-0 defeat to Paris Saint-Germain in the Champions League.

United now face an uphill challenge to reach the quarter-finals after conceding two away goals in the first-leg.

The former Arsenal manager noted the difference in technical understanding between the two sides, and he’s right considering PSG dominated the game.

We weren’t too bad in the first-half but injuries had a devastating impact on United in the second-half. Jesse Lingard picked up what appeared to be a hamstring injury and Anthony Martial played on in after taking a knock prior to the interval, only to be replaced by Juan Mata at half-time.

Wenger notes how United only had one shot on goal, which came in the first-half following a brilliant run into the PSG box. He explains how that shows the difference between the two teams.

Wenger added his belief that PSG dominated United in midfield.