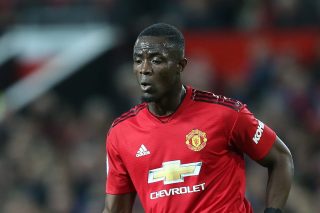 PSG are without star players Edinson Cavani and Neymar for the first-leg, though we must not forget how nobody gave United a chance when the draw was made for the Round of 16.

United, on the other hand, haven’t any real surprises in their starting line-up. Eric Bailly starts ahead of Phil Jones to partner Victor Lindelof, a decision probably helped by the Ivorian’s pace but he cannot afford to be rash.

The midfield three on form picks itself.

And, it’s no surprise to see Jesse Lingard on the right, or possibly drifting more centre to help unlock PSG’s back four by creating chances for Marcus Rashford and Anthony Martial.

See the team below.

Here’s how the Reds line up…

Follow the match in the #MUFC Official App: https://t.co/5Ab1IkVQX3 pic.twitter.com/BcF6uMxvMI

But that was back when José Mourinho was still manager and before anyone could imagine Ole Gunnar Solskjaer coming in and drastically turning things around. He deserves his shot at the job and a win tonight would undoubtedly boost his chances.

I fancy our chances tonight and you can tell from PSG’s pre-match press dealings that they’re not looking forward to the tie.

German winger Julian Draxler made it clear their tactics will consist of stopping Paul Pogba. All the best with that!