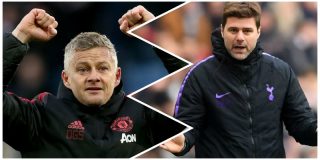 An exclusive from Neil Custis of The Sun claims Ole Gunnar Solskjaer will be named the full-time manager at Manchester United in the summer.

Club chiefs have decided after a month of watching Solskjaer as caretaker manager that he is the right man to stay.

Co-chairmen Joel and Avram Glazer are both said to be convinced they have the right man in Solskjaer, however, sources close to Old Trafford previously revealed to Stretty News that the former wanted Tottenham Hotspur manager Mauricio Pochettino before José Mourinho was given the job in 2016.

Avram was spotted at Craven Cottage at the weekend, with the Manchester Evening News stating that Solskjaer’s agent Jim Solbakken met with Ed Woodward and Malcolm Glazer’s son.

This news will come as a relief to Spurs fans who were definitely fearing the worst when United were strongly linked with Pochettino, but the United suits must feel they have no other choice after watching Solskjaer win ten of his 11 games since taking over and lifting the Reds back into the top four.

Now in fourth, United need to show consistency between now and the end of the season if they’re to remain in the Champions League spots.

Arsenal and Chelsea won’t be giving up their fights anytime soon, though the Blues suffered a 6-0 thumping against champions Manchester City on Sunday. 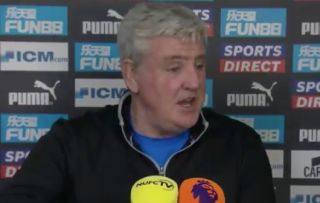