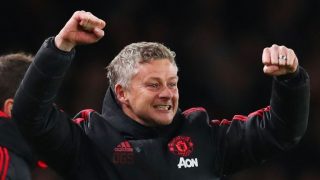 The first-leg promises to be an exciting tie with two attack-minded teams matching up to progress in Europe’s biggest competition.

Manchester United go into the game on an eleven game unbeaten streak, a record which began when Ole Gunnar Solskjaer came in as caretaker manager.

And, if statistics are anything to go by, the footballing gods are not favouring Paris Saint-Germain at Old Trafford.

Manchester Evening Newsreporter Rich Fay has revealed that no French team has ever beaten United away from home in European competition.

No French team has ever beaten United away from home in European competition (W10 D4 L0).
In fact, only two French sides have ever avoided defeat at Old Trafford in the Champions League: Monaco in March 1998 (1-1) and Lille in October 2005 (0-0) 🔴🇫🇷 #mufc

We hope that stat remains intact after tomorrow night – United increasing their home wins against French opposition to 11.