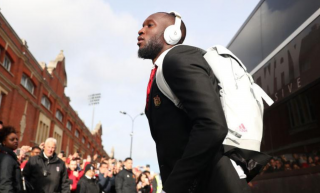 A convincing 3-0 win over Fulham puts Manchester United back into the top four.

The Reds beat the Cottagers thanks to a brace from Paul Pogba and a stunning solo goal by Anthony Martial.

Relegation contenders Fulham find themselves in more trouble now and they rarely threatened David de Gea goal, although United were lucky not to be 2 goals behind at the start of the match.

Here’s three things we learned from the win.

This isn’t something that’s entirely new to any of us. But what got me today was, in a team filled with pace, movement and desire to attack, he just looked like a raffle winner that had blagged a game in a United shirt.

When he wasn’t being caught 4-yards offside, he was showcasing a first touch heavier than the mark up on cinema popcorn.

Remarkable how so many of his team mates have risen superbly in form and stature since Ole’s arrival, but this lad continues to look as awkward as a priest In Ireland’s largest lingerie section.

We’ve mainly grown up winning titles and challenging for them. So being this happy at reaching the top four is an odd feeling.

It’s an incredibly joyful thing, because as Fellaini’s attempted volley nearly killed a steward at Anfield as we were 3-1 down and dying, it felt like I was more likely to get in Beyoncé than United were to get in this position, but through the changes made by the man in charge, we’ve somehow achieved that.

After the Burnley scare, significant changes in the line up generated a great deal of fear and concern, even if it is Fulham away.

But today, even with half the side changed, the new players brought in understood the jobs they’d been given, and how to apply themselves to it. With this, aside from the opening 10 minutes where that wind off the Thames had the ball on a string, the lads managed the game superbly to allow key players to be well rested ahead of Tuesday nights far bigger challenge.