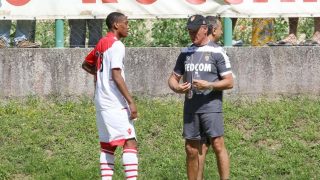 Claudio Ranieri is proud to see how Anthony Martial has progressed as a player after explaining the forward’s qualities during their time together at AS Monaco.

The Frenchman is one of many Manchester United players who has seen an rise in form under caretaker manager Ole Gunnar Solskjaer.

Last week Martial signed a new five-and-a-half year deal at Old Trafford to commit his long-term future to the club.

Ahead of Saturday’s early kick-off between Fulham and Manchester United, Ranieri has reflected on what qualities he saw in the young star.

“I signed him for £5 million, it was good business,” said the current Fulham manager, as quoted by the Irish Independent. “He was fantastic. I watched him during the U-21s match against Monaco and was impressed.

“When the chance came to buy, I said ‘Take this guy because for me he could have a good future’. He came to Manchester and well done to him.

“He’s very good; can dribble; strong; fast. There are so many good players: Pogba, Rashford; so many. We must be concentrated and strong, positive to show our personality during the game.”

Martial is a handful for most defences he plays against and Ranieri may know a greater deal about the player than most managers, but the Italian manager has a big task at hand if Fulham are to manage the French international this weekend.

Fulham aren’t the strongest defensively which we saw at Old Trafford in the reverse fixture when former manager José Mourinho’s side won 4-1.

Ranieri was then asked whether Solskjaer deserves the United job on a full-time basis after turning the side’s season around.

“At the moment he deserves it. He’s shown all the players are with him.

“Manchester United’s mentality has changed. Why not?

“I remember him as a player, against Chelsea. He was a fantastic player. His career’s open, and I wish him all the best.” 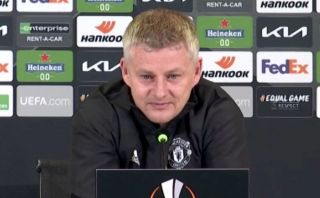