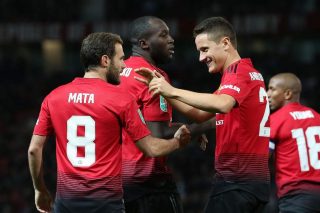 That is according to James Ducker of the Telegraph, whose article initially stated that United were also close to getting Ashley Young tied down on a new one-year deal.

However, the situation with Mata is remained unknown, but the Spaniard may want to leave United in search of more regular football.

READ MORE: How Man Utd can improve their attack in 2019 summer transfer window

The Daily Mirror recently linked with playmaker with Arsenal where he would link up with his former Valencia manager Unai Emery.

A swoop would make sense for the Gunners right now, with Aaron Ramsey set to leave on a Bosman at the end of his contract, while Mesut Ozil may as well give up football for the rest of the season. The lazy German has fallen out of favour with Emery, and he doesn’t look arsed when he gets a chance to perform.

The Telegraph’s report states that Mata is unlikely to accept the contract on offer from the Reds, leaving one year on his current deal.

Mata is still a fantastic creative player but at 30, I can understand why United are refusing to offer him a big deal. It’s not likely he’ll get on at Arsenal either.

Time will tell if Arsenal’s interest is genuine. Mata will have no shortage of offers from La Liga too.