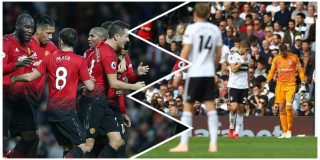 Manchester United look to make it two league wins on the bounce when Ole Gunnar Solskjaer’s men take on Fulham at Craven Cottage on Saturday afternoon.

Fulham earned a 4-2 win over Brighton towards the end of January, but got back to losing ways last weekend as they suffered a 2-0 defeat against Crystal Palace.

They find themselves in a relegation battle, 19th in the Premier League and seven points adrift of safety. That shouldn’t be a surprise considering how poor they performed at Old Trafford in December with United winning 4-1 (goals: Young, Mata, Lukaku, Rashford).

Still unbeaten under Solskjaer, United have looked an entirely different side under the Norwegian coach, and Fulham will be wary of the Reds scoring highly and negatively affecting their goal difference (-30) further.

United’s resurgence has seen their 11 point gap from fourth place cut to just 2 and it could swing in Solskjaer’s favour long-term if such a feat is achieved this season.

The official Manchester United website reveals Chris Smalling could be in contention to face his former club. The England international has yet to feature under Solskjaer, who has played Victor Lindelof most weeks alongside either Phil Jones or Eric Bailly.

But while we can all accept how poor United have been defensively, Fulham are a terrible side in that respect and Solskjaer could look to punish them with a cricket-like scoreline.

Even Mourinho did that…

The two teams have et 27 times in the Premier League with United winning 19 times to Fulham’s three, totalling five draws.

I’m expecting United to have a real go at Fulham this weekend. A convincing win hopefully topped off with a clean sheet.

Fulham were just awful at Old Trafford – offering very little and were totally outclassed by Mourinho’s United. Their defence is abysmal and United have the players to take advantage of that with a healthy scoreline.

The Cottagers are in a relegation battle with good reason.

The match will be shown on Sky Sports, meaning you will also be able to catch it live via Sky Go.