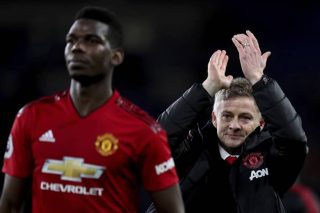 Late in May marks the 20th anniversary of the pinnacle achievement of the legendary ‘Class of 92’. An unprecedented treble was a defining moment for Manchester United. Reaching the summit of Sir Alex Ferguson’s ‘Everest’ epitomised the values of the club, whilst for-filling the dreams of a group of home-grown players who created a unique achievement in English football, one which is difficult to imagine will ever be replicated.

Fast forward to February 2019 and the green shoots of recovery for United are self-evident. A run of 10 games unbeaten including a last-minute recovery against Burnley exemplify a new found determination from a team that looks in great shape to bring winning times back to Old Trafford. Echoes of the ‘never say die’ attitude that underpinned the success of the 98/99 season are beginning to shape the upward trajectory of this year’s league campaign.

Amidst the acrimony and mixed results over the past two and half years, a clutch of new young talented players have been amassing a vast amount of experience whilst, let’s not forget, winning things at a very young age. Okay not all of this group are home-grown however there is a nucleus within the squad that have been playing together for a very long time and if kept in-tact, could very well be the impetus behind future Premiership success for the club.

Looking at players such as Rashford, Lingard, Martial, Shaw and Pogba it is obviously a little premature to compare them to their illustrious predecessors but there are parallels. Pogba’s sabbatical aside, they have stealthily racked up nearly 500 appearances between them. This group in particular are thriving under Solskjaer, with Rashford playing in position and Pogba unshackled from his defensive duties, United have been transformed into the league’s most potent counter-attacking force.

It is this freedom which is creating so much threat which was synonymous with the ‘Class of 92’. Reluctant to let the ‘horses run free,’ José was guilty of holding back the development of some of our most promising players in a generation. The stats bear this out, with Pogba in particular excelling and scoring in an attack which opposition teams now genuinely fear. At this level, where it can be small margins that make the difference, it is confidence that has rejuvenated a side previously on the defensive and almost appearing to walk on egg shells for fear of a verbal backlash from the out-of-touch Portuguese, or a period sat on the bench.

The excitement is now tangible watching this confidence translate into performances that embody the essence of the United tradition. There is undoubtedly a lot still to do and a long way to go before the current crop of Red’s youngsters can begin to approach the levels achieved by Scholes, Beckham et al. However we can go to Old Trafford now with a sense that at last we are going to be entertained again, which underpins a genuine realism about high expectations for next season, especially if new contracts quickly follow for Rashford and Pogba after the recent signings of Shaw and Martial.

For too long it has been difficult to even enjoy the football served up by the floundering Moyes, the banal Van Gaal and latterly the divisive Mourinho. There is a different class about United these days and there is a genuine opportunity for a new group of starlets to write the next glorious chapter in the rich history of Manchester United.