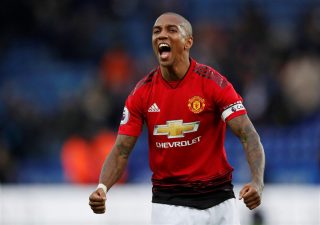 Ashley Young is close to signing a one-year contract extension with Manchester United in the coming days, as per Sky Sports News.

The 33-year-old is no longer a spring chicken which is why, we can only assume, the club won’t offer more than one-year.

Sky Sports claim discussions are progressing well and both parties are close to finding an agreement.

Young signed for United in 2011 following a £17 million switch from Aston Villa, as reported by BBC Sport. Under former manager José Mourinho, he was one of the first names on the team-sheet, more often than not as a left-back.

He has played in every game since Ole Gunnar Solskjaer was appointed caretaker manager, though his role has switched to right-back with Luke Shaw considered first-choice on the opposite flank.

Young is one of the most experienced players at United and for that reason I can understand giving him a new deal, however, he’s not an ideal option at full-back and the club as well as manager should look to addressing that this summer unless they feel Diogo Dalot is ready to play most weeks next season.

United should be aiming to win league titles and the money should be there to sign the right players to deliver such a feat, but we won’t see such success playing Young at right-back most weeks.

This may sound harsh, especially because Young has been such a good servant to the club, but I want United back challenging at the top of the league and in Europe.

You wouldn’t see Young get into the Juventus or Barcelona team most weeks.