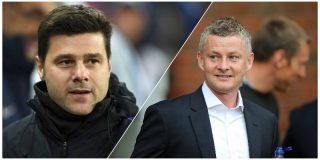 The Norwegian has been a big hit since replacing Jose Mourinho at Old Trafford on what was initially a deal until the end of the season.

But after nine wins and a draw in his first ten games in charge, our former striker may just be showing he’s the outstanding candidate long-term as well.

The Express report of Chelsea rivalling us and Real Madrid for Pochettino, who, perhaps wisely, sense that he could soon be available and provide an upgrade on the struggling Maurizio Sarri.

Sky Sports have linked the Argentine with the Blues before, so they clearly have a long-standing interest, while Don Balon even suggest a deal may be close to being agreed for him to make the move across London.

Solskjaer or Pochettino for Manchester United?

Does this just make an already easy decision that bit easier for us regarding Solskjaer’s future?

Impressive as Pochettino’s work at Spurs has been, he has a slightly too relaxed attitude to silverware for my liking, which means his mentality for an ambitious club like Man Utd has to be questioned.

In Ole, meanwhile, we have someone who completely gets the club DNA, has played in many of our best teams under Fergie, and who has clearly struck a chord with the players immediately.

It’s increasingly easy to imagine us for some reason going for a bigger name, only for Solskjaer to land himself a top job elsewhere and make us look a bit foolish.

After years of failed experiments on Moyes, Van Gaal and Mourinho, it’s surely time to give the job to someone who truly buys into the romance of the United job and will put the fans and players ahead of their own projects and ego.

Pochettino would be tempting, so we should now perhaps just hope Chelsea take that option away from us. 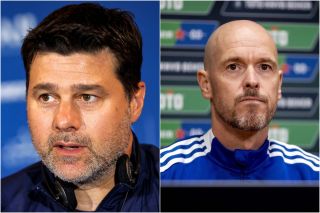