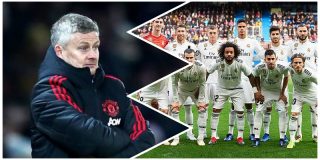 The Spain international has had a difficult season at the Bernabeu but his promise doesn’t change the fact he is one of Europe’s most exciting prospects.

Don Balon has previously claimed Real Madrid would demand as much as £105 million for Asensio. A huge amount of money for a player struggling to find form and a fee that represents huge risk for a player still developing his trade.

Asensio could be the answer to United’s problems in attack with Alexis Sanchez, the club’s highest paid player, still struggling to make an impact on the pitch.

The latest rumour comes from the same Spanish outlet, Don Balon, who believe United are tracking Asensio this season with a potential swoop on the cards.

Sanchez was anonymous again on Sunday as he started in the 1-0 win over Leicester City. The win saw United overtake Arsenal in fifth as the battle for top four heats up with Chelsea getting back to winning ways against relegation contenders Huddersfield on Saturday.

Most of United’s attacking players are flourishing under caretaker manager Ole Gunnar Solskjaer, who remains unbeaten as United boss.