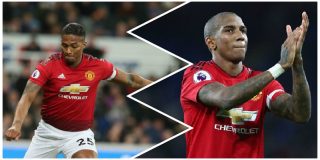 Nine wins out of ten have propelled United to fifth place in the table under Ole Gunnar Solskjaer.

Thrilling, attacking football paired with grit and determination. Two things that we have badly missed consistently since Sir Alex Ferguson left the club.

There hasn’t been that many notable changes to personnel but there has been an obvious, huge upturn in confidence and swagger.

For this forward momentum to continue, Solskjaer has to be brutal in his selection and he has been when it’s come to certain members of the squad.

Marouane Fellaini has left the club and lets be honest, he really did not fit in. Criticism of him has been harsh but in reality he really has not been good enough. It is not his fault and unfortunately he has become the target of negativity but his attitude and application can not be questioned. The big man doesn’t fit in to this current way United have been playing. In truth, he has not been a natural fit under the three managers before Ole but has always found a way in to the team.

It could be argued that his influence has had a positive effect when Plan A wasn’t working. All too often though, he was left wanting in quality and the team could only play one way when he was on the field. In certain instances it worked but let’s not pretend it was not woeful to watch the majority of the time.

Solskjaer’s Plan B seems to be more sophisticated than a hit and hope long ball up to the big man.

Our midfield two of Ander Herrera and Nemanja Matic have shown what is required in that area of the field for us to flourish. The urgency and guile of Herrera and the defensive experience of Matic have built the base for our attacking intent.

Fred and Andreas Pereira have yet to show their quality but their style of play seems better adjusted to our current formation.

Antonio Valencia has been frozen out of the squad completely recently and (his performances have been average over the years) it’s time for a change at right-back.

The 33-year-old has held his own for a number of seasons now with competition from Ashley Young but his form has seen a steep decline.

Young and Valencia have both held the captains armband this season and that characterised the José era. Under qualified, under performing and getting rewarded for it. There was even talk of new contracts for both players under Jose but it seems Young, 33, will be the only one to be staying on.

It feels like time has moved on from both players time at the club and even though Ashley Young has provided moments of quality those have been few and far between.

I have talked about in previous articles about the big decisions regarding who takes over the managerial position in the summer. I also think a few big decisions lie within the squad also.

Fellaini has moved on and Young and Valencia must follow. A specialised right-back needs to be brought in and after a promising start under Louis van Gaal, Matteo Darmian really is not the answer. Diogo Dalot has shown he is capable but he is still learning his trade at this level.

Our problem at centre-back seems to have improved with the performances of Victor Lindelof, Eric Bailly and dare I say it, Phil Jones.

Let’s not kid ourselves though, we need improvement in that area and that’s been evident since the beginning of the season. Lindelof and Bailly have proved that given half a chance they can form a formidable partnership. Chris Smalling and Phil Jones are squad players at best. Although both are capable of bouts of good form it is backed up by some horrendous mistakes. On top of that, injuries seem to follow both way too often to rely on them as first choice. Jones was dropped after the draw with Burnley in the week in favour of Bailly against Leicester. The result speaks for itself.

Up top, our attacking three of Rashford, Lingard and Martial have worked beautifully.

Where Lukaku and Sanchez fit in long term is yet to be seen.

Sanchez seems a natural fit for our interchangeable offence but still struggles to maintain any sort of form. That, of course, lends its hand to some slight injuries but now is the time to make his mark.

Despite scoring three goals under Solskjaer, Lukaku is second choice to Marcus Rashford.

The Belgian has become victim of United’s different approach. Playing out of position on the wing at The Emirates how shown a versatility not often credited to The Reds number 9. Two wonderful assists have shown the wider scope his play could be capable of.

Ole, it seems, will give all the squad a fair crack of the whip but it also seems he is ruthless enough to make the tough decisions that will define his tenure.

It is not the time to rest on our laurels. Everyone is focused on the boards decision on who our next manager is going to be. Let’s not take our focus off what needs improving amongst the squad. All the upheaval surrounding the hiring and firing of managers has extended certain players United careers when it should have meant the end.

If this is in fact a new era or a reimagining of the club, the hangers on must be left behind or all this positivity could fade as quickly as it came.