Two Manchester United players made the BBC Sport team of the week after their performance in the 1-0 win over Leicester City at the King Power Stadium.

Garth Crooks, who names his best eleven each week, selected Victor Lindelof and Paul Pogba for the duo’s display against the Foxes.

The BBC Sport football analyst was blown away by the Swede’s performance at centre-back alongside Ivory Coast international Eric Bailly. He even compared them to legendary Italian duo Fabio Cannavaro and Alessandro Nesta as United kept a clean sheet against a troublesome Leicester City side.

“Eric Bailly was a nervous wreck away against Brighton earlier in the season and Victor Lindelof wasn’t much better – but the pair looks like the superb former Italy defenders Fabio Cannavaro and Alessandro Nesta at their best against a very dangerous Leicester team.”

It is also worth noting the improvements Lindelof has made as a defender this season. Last year was his first in England and it was clear given how he played with a panic button that it would take time for him to properly settle.

Crooks, usually a critic of Pogba’s hairstyles, has selected the Frenchman regularly over the past month in his team of the week line-ups.

He described Pogba’s assist for Rashford as ‘sensational’.

“The ball for Macus Rashford to score the only goal of the game was sensational, while the rest of his game caused Leicester all sorts of problems. I have given Pogba untold abuse since his arrival from Juventus but credit where credit is due – since the departure of José Mourinho the lad has been immense.”

Since Solskjaer’s first game in charge of United on 22 December (win over Cardiff City), Pogba has had a role to play in more Premier League goals than any other player – 11 – six goals, five assists.

See the full BBC Sport team of the week below. 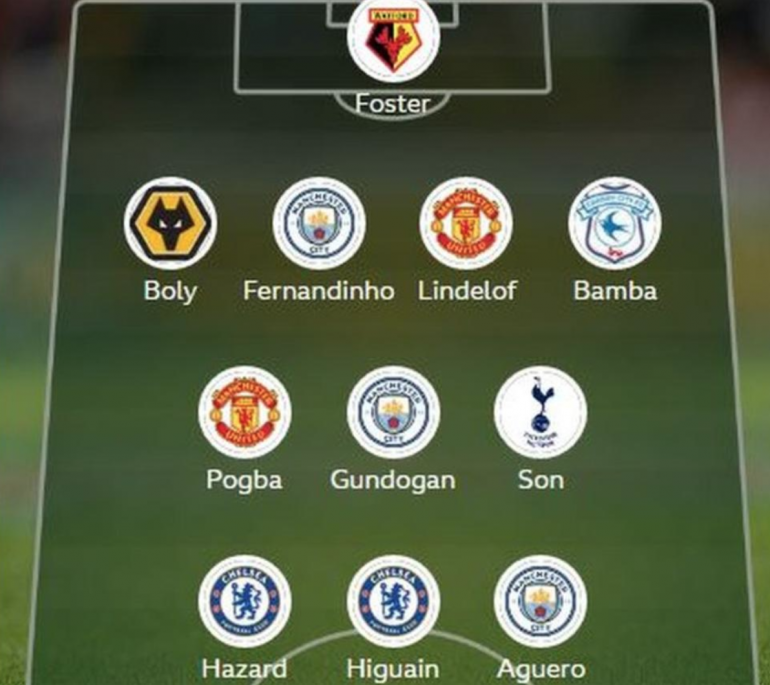