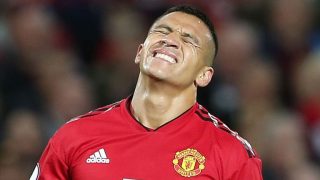 Life in general has seen its fair share of expensive mistakes:

At the end of the 19th century, Russia’s Alexander II regarded Alaska only as an ice-covered land. Russia decided this vast territory would be sold to the United States for a mere $7.2 million. The end result? Natural resources worth billions lost.

Further on, one of Apple’s founders Ronald Wayne, who drew its first logo and wrote a manual, sold his 10% shareholding for a miserly $800 as he had disposable assets were the company to go bankrupt. If he had abstained, he could have been a billionaire.

READ MORE: Chelsea may be close to giving Man Utd an easy decision to make on Ole Gunnar Solskjaer

Premier League clubs are no strangers to expensive mistakes too in today’s climate. We are seeing that at Arsenal, with the staggering decision to extend Mesut Ozil’s contract on £350,000 per week, as reported by the Telegraph meaning they are losing Aaron Ramsey on a free as a result.

Sadly, Manchester United can relate to the burden of a misfit crippling their wage bill and not fitting into the desired playing style. None other than Alexis Sanchez.

Besides a glorious rendition of Glory Glory Man United on the piano as he put pen to paper at Old Trafford, Sanchez’s best moments at United have been extremely limited. It was not supposed to turn out this way.

There was pandemonium and euphoria as the news was announced that Sanchez had in fact shunned neighbours City to move to a distinctly second best United last season. It was a statement signing no doubt, meant for the football pitch rather than the commercial rewards. Money helps too, of course.

He was meant to be a game changing recruit, spearheading United’s drive to get closer to City and challenging for titles again. At Arsenal, he had a certain X Factor, drive, dynamism, goals in abundance.

He has been bereft of all those endearing qualities at United by and large:

Sanchez has had moments which you think would be the catalyst for brighter and better things: Levelling the FA Cup semi-final against Spurs, having a full pre-season, saving Mourinho’s bacon, albeit temporarily, with a last minute winner against Newcastle, scoring on his old stomping ground in the FA Cup recently.

That has been the problem, one false dawn after another. In any walk of life, you expect a significant return on a costly investment. You wouldn’t purchase a Maseratti for it to be in the garage a week later, would you?

Sanchez was given the opportunity to put serious competition on Anthony Martial for that left sided berth on Sunday at Leicester, only for it to be a disjointed, fruitless, frustrating display. There were countless times Sanchez had the chance to be incisive, to rediscover that old edge, but there was neither chemistry, nor purpose, nor confidence in his display before the rightful owner of the left-wing came on to replace him.

You know when your club has a player and it just does not click or fall into place, no matter how much hard graft goes into it? I feel Sanchez is falling to the same fate as the likes of Seba Veron and Diego Forlan in more modern times.

Hindsight is a wonderful thing, but I wonder if United are looking back on last January with more than a tinge of regret. And I’m not referring to the departure of Henrikh Mkhitaryan.

Thankfully, Martial has been financially rewarded for his progress with a new five year deal and is here to stay. Reportedly, part of the issue was the exorbitant salary afforded to Sanchez a la Ozil at Arsenal. To many a fan’s relief, Martial has not done a Ramsey and been allowed to leave for free but the point stands: Could Sanchez’s wages be causing problems for our more valuable assets, namely David De Gea?

Marouane Fellaini is now off the wage bill, but there is substance to the hypothesis that Sanchez’s weekly earnings has upset the apple cart somewhat.

It is imperative United keep De Gea, who underlined his importance to the cause now and going forward with his recent displays at Wembley and the King Power stadium. For the amount of times he has bailed out United, he ought to be given a blank cheque and a pen and at least match, if not eclipse Sanchez’s wages.

The issue for United is that they are bound to Sanchez for a good few years yet, unless they are prepared to take egg to their face, admit their wrongdoing and cut their losses.

Similar to Wayne Rooney, who relied on playing on the edge at full tilt, has the wear and tear of sustaining that style of play in the toughest leagues meant Sanchez has permanently lost that spark? Father Time catches up with everybody in the end, no-one is exempt from that, and Gary Neville hit the nail on the head in that Sanchez needs to adapt his game if he is still to forge a career at United.

Whether he should be afforded the time to do so is up for debate.

One thing for certain is that he has not produced the goods and is proving to be an expensive conundrum for United.