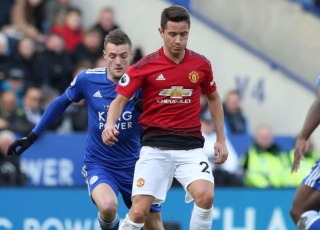 Marcus Rashford was the hero in front of goal as Manchester United struggled to a narrow 1-0 win away at Leicester City to extend their run under Ole Gunnar Solskjaer to nine wins and a draw in ten matches. The match was one of the more difficult of the Norwegian’s reign as interim manager, as United conceded more shots than they mustered and struggled to cope with Claude Puel’s controlled waves of pressure.

Paul Pogba was the man responsible for Rashford’s goal with a wonderfully lofted pass in response to a small error from Ricardo Pereira, the Foxes’ right-back who will feel unlucky that his mistake fell to one of the only players in England’s top-flight who could capitalize upon it. Leicester had countless half-chances, particularly from their left side, to level the scores, but crucial contributions from the likes of David de Gea, Eric Bailly and Victor Lindelof allowed the Red Devils to make it through a difficult second half.

The win takes United to 5th in the Premier League table, a point ahead of Arsenal, who will play Manchester City later today (currently 1-0 City). Today’s raings conjure up the need for squad rotation and squad strengthening over the summer and months leading up to it.

A solid, albeit unspectacular, save denied Jamie Vardy’s bicycle kick before a more impressive effort to deny Rachid Ghezzal’s free kick, which was heading for the top corner.

A clean sheet boosts Young’s rating slightly, and the fact that it is still quite low is indicative of the Englishman’s performance. Solskjaer could truly have paid the price today for not introducing Diogo Dalot after Young’s recent performances cried out for replacement. The makeshift right-back invited pressure, overcommitted at times, and was the target of almost every dangerous Leicester attack in the match.

As always, the Ivorian has his questionable moments, but they invite more skepticism through awkwardness than actual mistakes. Bailly was solid today, made crucial tackles and interceptions to cover for midfield errors, and complemented Lindelof’s calm, assertive style well with his ability to decide whether to sweep in behind or step out of the backline and stop attacks.

Smooth as ever on the ball with 95.7% pass completion (via WhoScored) and a commanding defensive performance, Lindelof kept his incredible form ticking over today and even showed signs of emerging as a leader in the back four.

The criticism of Shaw’s uninventiveness in attack and occasional lapse in defence is more a sign that he is a few steps short of greatness than missing the mark as a United defender. Succeeding the torture he faced at the hands of Pierre-Emerick Aubameyang in the FA Cup with two serviceable performances should be enough to resurrect his status in United’s side given the dearth of options at fullback.

A dire Matic performance saw him complete only four defensive actions despite committing three fouls, come closer to a red card than ideal, misplace exactly a quarter of his passes, and, combined with Alexis Sanchez, lose the ball more than any other United player. The next match against Fulham is the perfect opportunity to rotate him, and, should he not perform upon his return against PSG, his place for the FA Cup tie against Chelsea should be heavily questioned.

Despite not looking thoroughly influential over the course of the match, Herrera deserves credit for a heroic defensive display, as he covered for both Matic and Young at times while also fulfilling his midfield responsibilities. His positional and pressing intelligence was clear and allowed a remarkable eleven defensive actions, and alongside a deep-lying playmaker, he is proving that he could start for United next season.

Pogba’s defence-splitting genius did not work out for him in the second half after a sublime ball for the sole goal of the fixture, but his contribution to the match was a winning effort and he relieved the pressure on United quite a few times late in the match.

Lingard remains an important player for United but is too often ineffective in front of goal, and the same was the case today. He is an excellent footballer but, at the end of the day, only averages a goal or assist every 183.5 minutes (via Transfermarkt), suggesting that he isn’t a starter for a club of United’s stature. A player who is more effective both in wide areas and coming inside would be an instant upgrade over the 26-year-old.

Rating Marcus Rashford’s performance is difficult because besides scoring a spectacular goal, he was underwhelming today, missing an open goal early in the match and, outside these two chances, only touching the ball 16 times. Again, he is likely to rest against Fulham next week.

In over a year at Manchester United, Sanchez has now scored just five goals, entirely failing to live up to the hype with which he was signed. Another anonymous performance ensued today, and would not have been bettered by the fact that the winger was completely outshone by Anthony Martial after being substituted.

Coming into the match late, Martial’s contribution proved crucial as he won three important fouls with his excellence on the ball and relieved the pressure on United’s defence. Tying the Frenchman down to a new contract was an excellent decision for a player who will be a key member of the squad for the next five years.

Lukaku made a few excellent contributions to the play after coming on and will likely have a more thorough chance to impress against Fulham as Rashford is rested.

Playing just five minutes of the match, Jones did enough to warrant his introduction, completely covering the loose ends left by Young for the majority of the match.