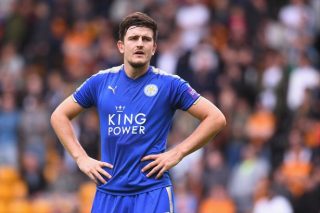 “I think that Harry Maguire has got a magnet on his head because it nearly always drops to him, “said Solskjaer as per the Metro.

“A fantastic player in the box. So we knew we had to defend against him and out lads, they blocked, put their bodies on the line so it was a fantastic effort and they were fighting for each other.”

Maguire almost scored an equaliser for Leicester in the dying moments as the ball fell to him in the box, but was unable to convert a difficult chance.

The defender has been strongly linked with a move to Old Trafford in recent months, after his excellent performances at the World Cup last summer. He was reportedly subject to a £60m bid (via Sky Sports) from United last summer, and was keen on a move to Manchester.

Though, a move never materialised for Maguire, with Leicester refusing to sell their star defender. United could yet return and make another move in the summer as they look to strengthen their key area of weakness in central defence.

However, according to the Independent, Napoli’s Kalidou Koulibaly and Inter’s Milan Skriniar  are now United’s top defensive targets.

United’s victory came after Marcus Rashford’s early goal in his 100th league appearance for the club, after an exceptional pass from Paul Pogba.

The Reds now sit just two points behind fourth placed Chelsea as the race for the Champions League places intensifies. 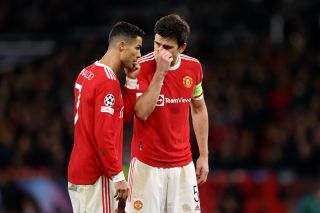