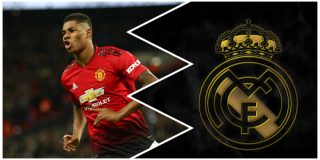 Real Madrid are not giving up on their alleged pursuit for in-form Manchester United striker Marcus Rashford, with the Spanish giants willing to offer a massive £100 million deal.

The England international is expected to hold talks over his future in the summer, with United understood to want to sign the striker on a long-term deal.

Rashford has been in top form under caretaker manager Ole Gunnar Solskjaer, scoring five goals in the Premier League in his last seven games, and may even push Romelu Lukaku out of the team for the foreseeable future.

According to The Sun, Rashford wants to wait before committing his future to United, which has put Real Madrid on red alert to make a move for the talented forward.

The world is currently at Rashford’s feet at United and he probably wants to see who will become the full-time manager since his relationship with former manager José Mourinho worsened over time.

Rashford is now being allowed to express himself more on the pitch thanks to Solskjaer’s management, and he is no longer playing second fiddle in his preferred central role.

Moreover, the entire team looks a lot more attack-minded and less pragmatic in their approach.

The report also states Madrid have been in contact with Rashford’s entourage, knowing that he became unhappy under Mourinho but matters appear to have improved since then.

Rashford currently earns £60,000-per-week at United but The Sun believes he will be offered triple his wages to £200,000 a week at the end of the season.

It is also noted that Rashford plans on staying at Old Trafford, but Madrid’s interest has left United feeling a tad concerned.