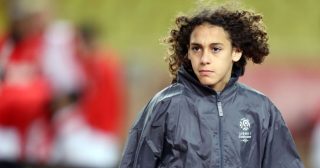 Manchester United are in talks to sign 16-year-old midfielder Hannibal Mejbri from AS Monaco, although the French club are reluctant to let their emerging talent leave.

The Daily Mail report that United are keen to sign the youngster, who is thought of as one of the France’s brightest prospects.

However, the Reds will face stiff competition to secure Mejbri’s signature, with Liverpool, Arsenal, Lyon and Barcelona all registering interest to the player’s family.

Mejbri signed for Monaco last year from Paris FC, and has yet to make a first team appearance for the club. But the 16-year-old’s rapid progress has caught the eye of scouts at Old Trafford, with United aiming to acquire one of Europe’s most promising midfield talents.

It is unlikely any deal for Mejbri will take place this January as the deadline is just hours away, but the club are likely to keep tabs on the player and look to prize him away from Monaco in the near future.

The only transfer news to come out of Old Trafford this deadline day is the exit of Maurouane Fellaini. The Belgian midfielder has agreed to sign for Chinese side Shandong Luneng and completed a medical earlier today, as per the BBC.

Elsewhere, United have announced Anthony Martial has signed a new five year deal, keeping the Frenchman at the club until June 2024.