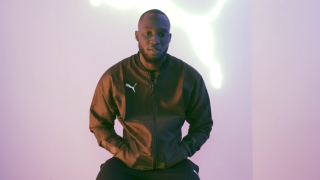 Romelu Lukaku answers questions from SPORF’s followers on a range of topics in a recent Ask Me Anything (AMA) feature.

Lukaku is dealt a series of questions and reveals Chelsea legend Didier Drogba is his footballing icon. The goalscoring pair played briefly together at Stamford Bridge during Lukaku’s earlier years and it’s clear he has took aspects from the Ivorian striker.

When asked what is the best stadium he’s played in, Lukaku quickly responds with Old Trafford.

The Belgium international has struggled with form this season but caretaker manager Ole Gunnar Solskjaer is giving him minutes on the pitch to help turn his season around.

In Lukaku’s opinion, he is the best FIFA player currently at United, though we assume some of the lads would like the chance to argue that one.

The best goalkeeper Lukaku has faced in his career sits in between David de Gea and Thibaut Courtois, while the striker is simply only trying to save face with that response because he plays with both goalkeepers for club and country.

Ask Real Madrid which keeper they’d prefer and they will secretly concede De Gea is the superior goalkeeper with a dodgy fax machine.