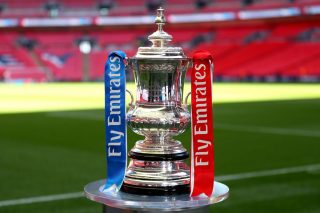 Manchester United vs Chelsea has been moved to Monday night.

After having our 3-1 fourth round win over Arsenal moved to a Friday night, United fans face another evening trip to London for a second successive round.

The match was selected by the BBC for live coverage at 7:30pm (BBC One).

In a repeat of last year’s FA Cup final, with Chelsea winning 1-0 thanks to an Eden Hazard penalty, Ole Gunnar Solskjaer is faced with another real test.

It would have been ideal to get an easier draw after knocking Arsenal out of the last round, but United need to go the difficult route in search of glory.

Solskjaer would be used to that of course, being an iconic player of game defining moments as a player.

If Solskjaer wins the FA Cup as caretaker manager, it could go a long way in landing him the job on a full-time basis, should United also finish in the top four.

Before Solskjaer became interim boss hopes of finishing in the Champions League places were almost dead and buried. A month later and we’re right in the mix with Arsenal and Chelsea.