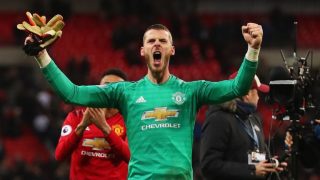 This is according to the Daily Mirror, who claim David de Gea, Ander Herrera, Juan Mata and Ashley Young will also put pen to paper on new deals with the club.

Getting De Gea to sign a new deal is a big one and will relieve fans. The best goalkeeper in the world could be elsewhere winning league titles and European Cups, but he’s always decided to stay with United.

Now it looks like we’ll have him for the long-term.

Herrera has had a significant influence on the team since Ole Gunnar Solskjaer came in, while Mata and Young getting new deals may raise a few questions.

The report states De Gea’s future should be sorted before the end of the season, while the other deals should be concluded over a matter of weeks.

From things looking bleak under José Mourinho to players now planning their long-term futures with the club, Solskjaer has changed the face of United for the better over the course of a month.