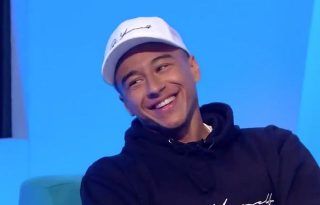 Jesse Lingard was a guest on Soccer AM on Saturday morning, and the Man Utd star went in depth on what’s changed at the club in recent weeks.

Since Ole Gunnar Solskjaer was appointed as interim boss, the Red Devils have gone on an eight-game winning streak across all competitions.

That in turn has reignited our hopes of a top-four finish in the Premier League, while we’ve edged closer towards a trophy by navigating through two rounds of the FA Cup.

It’s hoped that the momentum that has been built over the past month can be maintained, and it’s refreshing to see Lingard with such a broad smile on his face when discussing the changes that Solskjaer has essentially implemented since he replaced Jose Mourinho.

Based on the video below, it certainly appears as though the squad is in a great place at the moment, and long may that continue.

With an emphasis on attacking football and allowing the players to play with more freedom, it’s difficult to disagree with Lingard’s statement that our current boss has brought back the old way of playing.