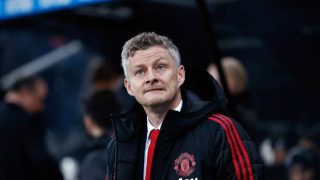 David de Gea will reportedly play no part in Man Utd’s FA Cup clash with Arsenal on Friday night, as he hasn’t travelled with the squad.

The Red Devils will be looking to advance to the next round at the expense of our old rivals at the Emirates, while also looking to extend our current winning streak to eight games across all competitions.

Despite that, there is seemingly going to be one major change made by Ole Gunnar Solskjaer, as the Manchester Evening News report that De Gea wasn’t seen travelling with the rest of the squad to London, and so it’s been suggested that he will not feature.

Perhaps the Spaniard has alternative travel arrangements and could yet be named in the match-day squad, but the expectation based on the report above is that he won’t be picked.

Whether or not that’s a wise move remains to be seen, but it should give Sergio Romero an opportunity to continue to prove his worth and show that he can step in and fill the void when necessary.

Nevertheless, given the impact that De Gea has consistently made for us, especially in the big games and as recently as our clash with Tottenham, our chances of advancing would surely have been higher had the Spaniard been included.

From the opposite perspective, it could be argued that it’s good to see Solskjaer rotate and involve others to show his faith in them to deliver when called upon.