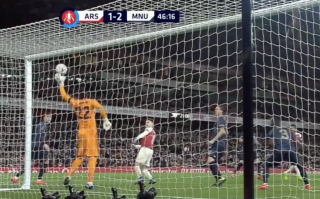 Fans flocked to Twitter to sing Sergio Romero’s praises this evening, after the Argentine pulled off a fine save for United in our clash against Arsenal in the FA Cup.

Having been 2-1 up thanks to goals from Jesse Lingard and Alexis Sanchez, it was then Romero’s turn to grab the headlines with a De Gea-esque save just after the break.

The moment came after a header from Aaron Ramsey seemed certain to be going in, however our ‘keeper for today managed to prevent the Gunners from equalising, as he pulled off a stunning left-handed save.

It was a truly fantastic stop from Romero, who has been given the chance to impress against Unai Emery’s side tonight, after De Gea was left out of the club’s squad for our FA Cup tie.

We’ve selected a few tweets from fans who were heaping praise on Romero for his brilliant stop against Arsenal, one that we know we’re going to be watching back many times before the end of tonight!

What a save Romero! @D_DeGea would be proud of that! #MUFC

Romero or de Gea? What a save!! #MUFC

De Gea will be proudly looking at Romero

Romero did a De Gea! #MUFC

Romero morphing into De Gea there… What a save!!

#ARSMNU for all the credit we give De Gea, this is an excellent stop from Romero. pic.twitter.com/5M9hmES8CO 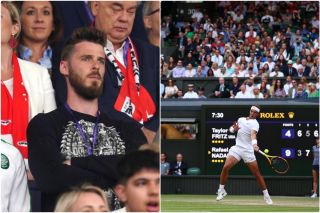