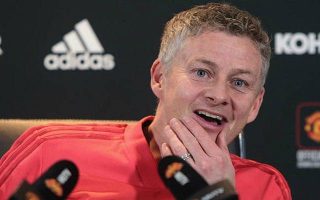 Amid speculation linking Man Utd with a swoop for PSV Eindhoven star Steven Bergwijn, it’s reported that we could face stiff competition from Inter.

The 21-year-old has made quite the impression so far this season, scoring 10 goals and providing nine assists in 25 appearances.

Given we’ve got the likes of Anthony Martial, Alexis Sanchez and Marcus Rashford to play out wide if necessary, a swoop for another winger doesn’t seem like a particularly sensible bit of business.

However, Calciomercato specifically note that we’re keen on Bergwijn, although it’s added that Inter are expected to hold talks with the €30m-rated youngster who has seen his valuation increase.

His versatility could certainly be useful as the Dutchman can play right across the frontline, but as noted by ESPN, with Martial being tipped to sign a new contract with us, it remains to be seen whether or not our reported interest in Bergwijn develops into a serious bid.

Further, it’s always a gamble going for a young player who has shown plenty of promise early on in his career, as we ultimately found out with Memphis Depay following his underwhelming stint at Old Trafford.

With Sky Sports also reporting on our possible interest, it’s hoped if Bergwijn does emerge as a genuine target and arrives, that he’ll fare better than his compatriot.