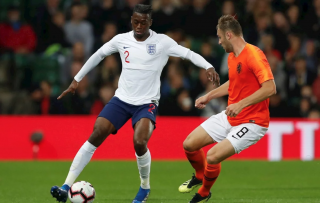 This comes from The Mirror, who revealed in November that Premier League champions City has begun monitoring the youngster’s situation. His contract at Selhurst Park expires in 2022 after agreeing to fresh terms in April.

It shows just how much rising starlet Wan-Bissaka has impressed this season that clubs this size are chasing to secure his signature.

The Crystal Palace academy product plays at U21 level for England and could provide intriguing competition for Diogo Dalot next season.

United signed the young right-back from FC Porto last summer, and he’s already getting minutes ahead of 33-year-old club captain Antonio Valencia but it is Ashley Young who takes up the spot most weeks.

Young is without question a versatile asset to United, though going forward we need better players in their natural position. Signing another right-back makes perfect sense.

Chelsea on the other hand, may be looking for another right-back to act as back-up to Cesar Azpilicueta.

Watch footage of Wan-Bissaka below.