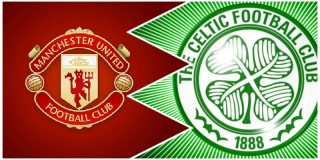 Celtic are keeping tabs on Manchester United midfielder Scott McTominay with the midfield likely to out on a possible loan move before the January transfer window shuts, according to the Evening Times.

The 22-year-old Scotland international has a contract at United running until 2021, but needs first team football to further develop his game.

McTominay has made just 4 appearances in the Premier League this season which is 3 less than his overall for last season when José Mourinho not only brought him into the team, but surprisingly rewarded him with the Manager’s Player of the Year award.

However, bar one stand-out performance against Chelsea last season, McTominay has not kicked on.

A move to Celtic could be the right move for the United youth team graduate because if it doesn’t work out at Old Trafford, he will still be getting game time and should be closer to Scotland manager Alex McLeish.

The report also states that United have yet to make a final decision on McTominay, with Marouane Fellaini’s future perhaps playing a role in their reluctance to get rid of too many players with plenty of games between now and the end of the season.

McTominay has always come across as a good professional, honest and hard-working, but playing for United requires more than that. Being around some of United’s best players will benefit him in the long run too.