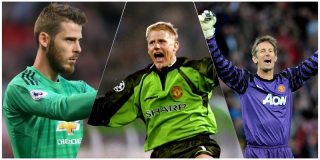 David De Gea once again proved his place among the elite goalkeepers in the world on Sunday.

Emerging and established stoppers like Alison, Kepa, Oblak and Neuer all lay claim to be the worlds best right now and maybe in the future.

Right now, De Gea stands just above them all.

Following the game at the weekend, a discussion was sparked and a question was raised, who is the best goalkeeper in Manchester United’s history?

In this day and age we are quick to forget the past. Social media was buzzing with claims that De Gea is United’s best goalkeeper of all time.

There are two other contenders for that claim and they are undoubtably Peter Schmeichel and Edwin Van Der Sar.

In my opinion, Var Der Sar had one of our best (if not the best) centre-back pairings since Steve Bruce and Gary Pallister.

Rio Ferdinand and Nemanja Vidic were the perfect central defensive partnership. Brawn and finesse, great on the ground and dominant in the air. That’s not to take away Edwin’s influence and experience. He set a Premier League record of 14 games without conceding in the 2008-2009 season.

The season before that the Dutchman provide the penalty winning save in the Champions League final. Add four Premier League medals and a World Club Championship to his United honours list. Not bad.

It’s hard to deny his impact at a time when United never could replace the man that, in my opinion, is unrivalled as the club’s number one.

Some will point out that De Gea has had a worse defence in front of him than the others.

I think that is true but Schmeichel didn’t have it easy.

He had an ever changing defence in front of him in his eight-years at the club.

Most will remember the pair affectionately dubbed Dolly and Daisy by Sir Alex, Bruce and Pallister.

Few will remember that one or the other  were constantly injured and approaching the back end of their careers.

United had a heavy rotation of central defenders that included Henning Berg, Ronnie Johnson, David May and infamously, William Prunier.

Jaap Stam was the only constant during his spell at the club.

Others will say Dave has single-handily won us games over the last few seasons and that’s true.

We are all familiar with those performances against Everton and Liverpool at home, Arsenal away last season and on Sunday against Spurs amongst many examples.

The Great Dane has a collection of heroic showings of his own.

To name but a few, I have selected what I think are the most memorable.

Away to Rapid Vienna in the Champions League, he made a Gordon Banks like save in a qualification decider.

In the 1995-96 season we trailed Newcastle in the league and had a must win fixture at St. James’ Park in early March.

Gary Neville was in central defence that night and was terrorised by Alan Shearer and Les Ferdinand.

Save after save after save in the first half led to a Cantona winner and changed the whole momentum of the title race in one game.

That was his second most memorable performance in the number one jersey for Manchester United.

The next season, after three consecutive defeats by Newcastle (5-0), Southampton (6-3) and then at home to Chelsea (2-1) United faced title rivals Arsenal at home. Also, I think these results also prove my earlier point about the defences Schmeichel played with!

The Reds managed to squeeze out a 1-0 victory via a Nigel Winterburn own goal but it was his saves at the end of a frantic finish that won us the game. In particular, a one on one stop near the end from arch rival Ian Wright. That result, sparked a 15 match unbeaten run in the league to another title.

Finally, his finest performance in the legendary final at the Nou Camp in 1999 is often (but understandably) forgotten with the madness that happened at the end of the game.

He could arguably take a bit of blame for Bayern’s goal but he was faultless after that.

We rode our luck and the woodwork saved us a few times but Schmeichel’s saves from Stefan Effenberg and Mehmet Scholl should never be underestimated.

Peter should also get credit for coming up for the corner that contributed to the chaos in the penalty box that lead to Teddy Sherringham’s equaliser. You know what happened next.

It would be his last appearance for Manchester United and he left as the most decorated goalkeeper in our history.

The Great Danes legacy in some Reds eyes will be a little soured by his move to the blue side of the city but he deserves more than that.

De Gea is a great and the best version of the modern evolution of goalkeeping.

He has athleticism that would make Spider-Man jealous.

Edwin Van Der Sar came to United as an established great and his move to Old Trafford revitalised his career. He captured a trophy haul he couldn’t have dreamed of after signing for Fulham from Juventus.

He had a rousing positive effect on our defence and was technically sound.

But Peter Schmeichel is THE great.

He was there at the beginning when the Sir Alex Ferguson era of dominance began and he helped build it with his own gloved hands.

Hopefully, our Dave will have more accolades than the individual ones he has and deserves right now. Goalkeepers have come and gone from United and made decent careers away from Old Trafford. It shows you need a special mentality to play on the hallowed green turf of The Theatre Of Dreams.

Let’s celebrate having someone as special as our Spanish Dave but let’s not let the present erase our past. 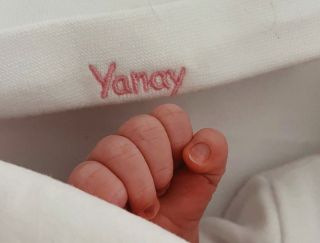