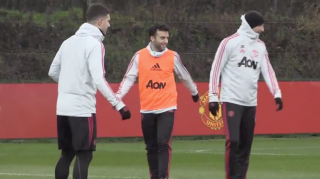 Giuseppe Rossi is back at Carrington training with Man Utd’s first team, in a bid to boost his fitness levels as he searches for a new club.

Ex United striker Rossi, 31, left Italian side Genoa in the summer after making just 9 appearances for the Serie A outfit and is now looking for his next move.

Ole Gunnar Solskjaer has welcomed the Rossi back at the club, but has ruled out any possibility of signing the Italian.

“We’re not going to sign Giuseppe I think, no, but he’s trained well with us,” said Solskjaer, as quoted by ManUtd.com.

Interim boss Solskjaer was not the only United manager impressed with Rossi’s training performances.

“He scored a fantastic goal yesterday (Saturday) in training. The gaffer (Sir Alex Ferguson) turned around and said ‘what about that son?'”

Rossi is expected to continue training at the club where he spent his youthful years, until a new side offers to sign the striker.

Check out Rossi in first team training below:

Alexis Sanchez is also back in training at Carrington, and is expected to return to the squad for United’s home game against Brighton at Old Trafford on Saturday. Eric Bailly is also set to return having served his suspension for a red card against Bournemouth. 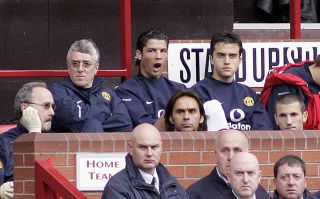 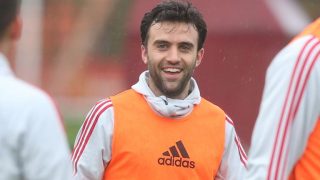 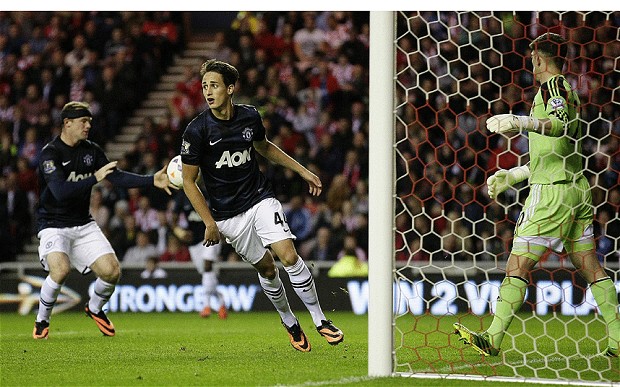