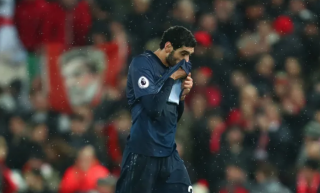 An exclusive from The Mirror broke on Tuesday stating Maroune Fellaini is set become the first casualty of Ole Gunnar Solskjaer’s reign.

The Belgian has made just two substitute appearances in Solskjaer’s six-game unbeaten start to his United tenure.

It should be deemed positive for all parties: Fellaini joins a club he will get regular game time, United sell an inadequate footballer, but one worthy of doing a job at Fenerbahce.

The report from Takvim has been translated by our friends over at Sport Witness, citing claims Fellaini is ready to ditch the Premier League and will cast some consideration over his offer from Turkey.

While Fellaini gets his share of criticism from United fans, especially on social media behind anonymous accounts, he arrived and quickly because a tarnished tool for being associated with David Moyes stint as manager.

Moyes, of course, being the one responsible for bringing Fellaini to Old Trafford.