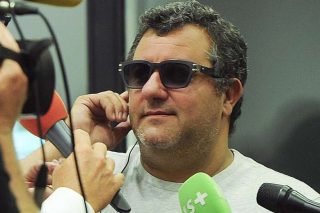 Manchester United and Chelsea are reportedly interested in a move for Paris Saint-Germain midfielder Marco Verratti.

The Italian international was superb against Liverpool in the UEFA Champions League this season, and we’ll get to see him in action during both legs of United’s Round of 16 ties with the Ligue 1 giants.

Don Balon report that Verratti’s agent Mino Raiola plan to move the maestro on from PSG, with a valuation touted at £62 million.

While they’re entirely different players who play in different positions, £62m for Verratti is reasonable in today’s market when you see an unproven Christian Pulisic join Chelsea from Borussia Dortmund for £4m less, as per The Guardian.

Verratti is one of the best midfielders in Europe, so the thought of the Italy international linking up with Paul Pogba for the Reds should even excite neutrals.

The only downside of this report is the source. They have new potential targets for United daily and ran stories linking Neymar with a move to Old Trafford during the summer, which were cited by the Daily Star. The Spanish online publication add that Juventus are also interested in Verratti.

Though Raiola has done lots of business with United in recent years and has a much happier client in Pogba, who allegedly became fed up with the treatment he received from former manager José Mourinho.

The PSG ace would be an alternative to the ageing Nemanja Matic who, despite the flak he’s got all season, has turned his season around since Ole Gunnar Solskjaer came in.