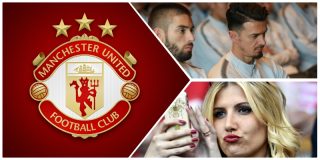 Manchester United are ‘very interested’ in signing Yannick Carrasco, according to the player’s wife.

Carrasco, formerly of Atletico Madrid, is reportedly looking for a route back to Europe with Italian website Calciomercato speculating over interest from AC Milan and Arsenal.

There have been whispers suggesting United are also interested in capturing the signature of Carrasco, as reported by The Express, but don’t be fooled… It remains to be seen how the Belgium international will readapt to European football should he return.

Aged 25, Carrasco could still make something of his career in Europe again. In 2014 he performed exceptionally against Atletico rivals Real Madrid in the UEFA Champions League.

“I do not hide it but nothing is signed. Yannick and his club leave tomorrow in preparation in Spain.

“Yannick feels good in China but it’s a very different culture, it’s far from our families and our friends.

“But is it true that when we heard that some clubs were interested in Yannick, it interested us too.

“Now, we will see how it will happen, how things will unfold and who knows, we can go back in Europe.”

It is clear that Carrasco and his wife are trying to engineer a move back to Europe.

And, by doing that, it makes perfect sense to put United’s name in the mix. That guarantees publicity.

The winger has scored seven goals in 25 appearances for the Chinese side where he joined with former Atletico teammate Nicolas Gaitan, who United fans will remember from the rumour mill years ago.