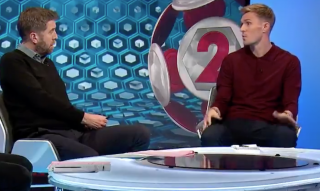 Darren Fletcher praised an accomplished tactical display by Manchester United that helped them claim victory over Tottenham Hotspur at Wembley.

The only goal came from Marcus Rashford after a stunning pass by French teammate Paul Pogba and it granted United three points to draw level on points with Arsenal (5th) in the Premier League.

Former United midfielder and Scotland midfielder, Fletcher, praised the tactical performance which was notable mostly in the first-half as the Reds began to tire out after the hour mark, becoming more reliant on Spanish goalkeeper David de Gea.

On Match Of The Day 2, Fletcher said: “The game plan worked to perfection. They [Manchester United] also stayed forward.

“United only defended with eight players which meant a lot of work for the rest of the team, but they knew as soon as they won the ball that Spurs were vulnerable, and Martial and Rashford were in all day. They were left 2 v 2 constantly.”

Still playing for Stoke City, Fletcher, who came through the academy at United, watch on as United put in a really impressive performance against the London title challengers. The result also opens up the race for a top four finish, with Arsenal dropping points against West Ham on Saturday.