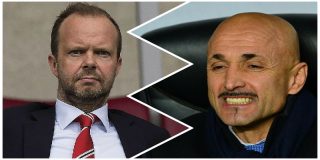 Manchester United have suffered a setback in their hunt for a new centre-back, with Inter Milan boss Luciano Spalletti ruling out the transfer of Milan Skriniar.

Skriniar, 23, has established himself as one of Europe’s most highly-rated central defenders, and was scouted extensively by United before Jose Mourinho’s departure last month, as reported by The Standard.

However, Inter Milan manager Spalleti has suggested the Reds would be priced out of a potential move for the £70 million-rated Slovakian, a fee touted by The Sun.

“Skriniar is staying here, he is out of everybody’s price range. Nobody can afford him,” said Spalleti, as quoted by The Metro.

United remain interested in bringing in a top class central defender, either this January window or in the summer, despite keeping three consecutive clean sheets under interim boss Ole Gunnar Solskjaer. David De Gea was the man to thank for the clean sheet in the win against Tottenham on Sunday, making a number of heroic saves.

Fans were impressed with Victor Lindelöf’s efforts at Wembley, but many recognised the need to sign an experienced centre-back to play alongside the Swede following another shaky performance from Phil Jones.

Napoli defender Kalidou Koulibaly is also of interest to United, and could prove to be the answer to  Solskjaer’s sides’ key area of weakness. The Senegalese international would demand a similar price tag to the £75m Liverpool paid Southampton for Virgil Van Dijk, and a deal would have to take place in the summer with Napoli not prepared to sell their star defender midway through the season.

Koulibaly has been subject to horrific racial abuse in Naples this season, but Napoli manager Carlo Ancelotti has insisted the racism will not drive his defender out of the club.

“In England they write that Koulibaly can leave because of the problem with racism,” Ancelotti said, as per The Sun.

“I do not think so, Koulibaly is happy in Naples, he’s upset like others, but it will not be a trigger for a goodbye.”

United face Brighton on Saturday at Old Trafford as they look to close the gap further on the top four. Yesterday’s win at Wembley drew Solskjaer’s men level on points with Arsenal in fifth, now just six points off the Champions league places.