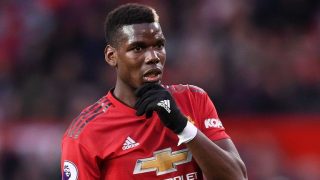 Despite his improved form in recent weeks, Paul Pogba’s future at Manchester United continues to be a subject of speculation.

The 25-year-old has been a fundamental part of our impressive start under Ole Gunnar Solskjaer, scoring four goals and providing three assists in just four Premier League outings, all of which have ended in wins for us.

With that in mind, transfer talk linking him with an exit has lessened, but according to Tuttosport, Juventus remain eager to prise our midfield star back to Turin and it’s suggested that including Douglas Costa in the deal in exchange could be a key condition to persuade us to reach an agreement.

Regardless of the fee that would also be involved, it doesn’t particularly stand out as a sensible piece of transfer business from our perspective given Pogba is rediscovering his best form and has shown in recent weeks what he is capable of producing.

Time will tell if he can maintain that consistency through the second half of the campaign, especially as he has been recovering from a knock which forced him to miss the win over Reading in the FA Cup last weekend which risks disrupting his momentum.

Further though, Costa hasn’t been particularly decisive this season as he’s managed just two assists and no goals in 18 outings for the Italian giants.

Given Solskjaer and our long-term appointment in the summer will have various attacking options to call upon, giving up Pogba with Costa arriving at Old Trafford as part of the deal seems like a questionable decision.