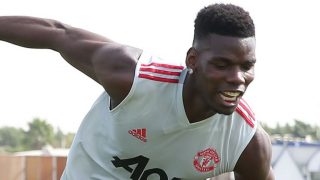 The highly anticipated fixture between Ole Gunnar Solskjaer’s Manchester United and Mauricio Pochettino’s Tottenham Hotspur will finally take place this Sunday. United, who have won their last five under the tutelage of their former striker, will be looking to dispatch the first world class opposition they face under the new manager, in a match where they are undoubtedly underdogs.

While the Red Devils compete to reach the Champions League spots, a feat that seemed distant under previous manager Jose Mourinho, Spurs are firmly in the title race, sitting just six points behind leaders Liverpool despite their dramatic loss to Wolves that closed an underwhelming 2018.

It would be unreasonable to suggest that Solskjaer leads his side into this match as favourites given the quality of the opposition and the state of United’s injury crisis. However, having seen United’s reassured form at the back and possession-oriented attacking football, which has yielded 16 goals in five matches under the new manager, fans will be cautiously optimistic and anticipate the announcement of United’s team sheet just an hour before the match, which will likely appear similarly to the following in a 4-3-3/4-2-3-1 formation.

Sergio Romero’s shot-stopping ability was as evident against Reading as the difference in quality between him and United’s first choice keeper. United’s top goalkeeper, and perhaps footballer, offers more both with the ball at his feet and in the shot-stopping department, and will undoubtedly be between the sticks on Sunday.

Despite his promise as a young footballer, Diogo Dalot’s inexperience primes Young to start at Wembley on Sunday. The Englishman struggled at left-back, his best position, against Reading, but will offer experience from right-back against Pochettino’s free-flowing attack.

Outplayed by makeshift centre-back Matteo Darmian against Reading, Jones remains the leading candidate to start Sunday’s headliner due to his experience in the position. His days at United seem numbered, but he is more likely to be up to standard in the air against the likes of Harry Kane and Dele Alli than his Italian teammate.

Adept at defending on the ground and swift in possession of the ball, Lindelof is the right partner to hide Jones’ limitations at the back. However, though, the Swede would start the match regardless; he has proven his credentials as United’s best defender in recent months.

United’s standout fullback has not been spectacular against Solskjaer, but he remains the most consistent and assured figure in the Norwegian manager’s back four, making few errors defensively and providing adequate width in the final third.

The 30-year-old seemed to need a rest since the World Cup but seldom received one and produced a series of dire performances under Mourinho. His improved performances under Solskjaer have still been laborious compared to the displays he produced early in his United tenure. Resting against Reading should have served the Serb well and prepared him to protect the porous defence behind him.

The Spaniard’s goal that won the FA Cup semi-final tie against Spurs in April has gone largely unnoticed among the United faithful, as has the fact that Herrera is known for being one of the finest big-game midfielders in the Premier League. His defensive discipline, aggressive and intelligent pressing, risk-calculated passing and edge-of-the-box goal threat are the recipe for the perfect crunch clash midfielder.

Sky Sports picked up on Solskjaer’s confirmation that Pogba has fully recovered for Sunday’s match was met with jubilation. Not only did the Frenchman prove a gamechanger in the same match as Herrera’s heroics, he also was sorely missed as United were battered in midfield at Anfield and the Etihad. The World Cup winner has done well in big games at United regardless of his reputation and Jose Mourinho’s occasional tactical disasters.

The United academy graduate looked sloppy in his last start against Bournemouth, perhaps due to accumulation of matches. Having subsequently rested two consecutive, making just a substitute appearance in the process, he is now primed to start against Spurs. Juan Mata, the other senior player to have played right-wing for Solskjaer, has not quite found his rhythm in the new side, while Lingard offers a level of exuberance, movement and work rate that will cause more problems for Spurs.

Rashford is, quite simply, in the form of his life. It is a testament to his form under Solskjaer that, despite scoring three goals in as many appearances, Romelu Lukaku stands almost no chance of starting the match ahead of the 21-year-old, who will be hoping to impose himself on a daunting fixture.

Lingard and Rashford offer exceptional work-rate and threat around the box but neither offer the creativity and flair of Martial, who complements them perfectly. Clearly United’s player of the season so far, the Frenchman will be hoping that he and his central midfield compatriot can provide a creative spark for a United side that may see less of the ball than in recent matches.