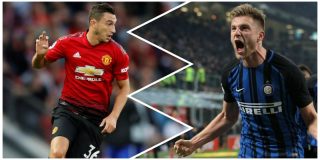 According to Gazzetto dello Sport, as per Sport Witness, there are a host of clubs clamouring to bring Italian Matteo Darmian back to his homeland with Inter Milan leading the race for the full-back.

Darmian is out of contract at Manchester United in the summer and is free to talk to other clubs until then. The Reds, of course, could activate his one year extension but have so far showed no interest in doing so. That makes him an inviting and realistic target for the likes of Inter, who could make a relatively cheap signing without Financial Fair Play coming into play.

As reported by Sky Sports, Darmian says he has missed his homeland and, although he’s proud to play for a club like Unted, he would ‘love’ to go back home.

A return to Serie A — where Darmian plied his trade for Padova, Palermo and Torino — could open the door for United to swoop for the highly rated, long sought after defensive target Milan Skriniar in a player-plus-cash deal with Luciano Spalletti’s Champions League chasing side.

Although we would likely take a hit financially on the £12.7m it cost to sign Darmian back in 2015, as per BBC Sport, he has not proved to be good enough despite a bright start at Old Trafford. Regularly deployed at both right and left back under Louis van Gaal, Darmian has found opportunities increasingly hard to come by of late having made only five appearances all season, although he performed impressively as an auxiliary centre-back in his first appearance under Ole Gunnar Solskjaer in Saturday’s FA Cup victory over Reading.

United’s search for a top class centre-back has been widespread, long running and well publicised. Victor Lindelof has come of age this season, but he needs a partner alongside him as a dearth of quality elsewhere has been a worrying trend in out traumatic campaign. Slovakian Škriniar has long been touted to be the man.

Although Škriniar would be valued at over £65m (€70m), as per 90min.com, there’s a lot of sense in a swap deal for both clubs and the two players. Darmian would go where he’s wanted and, although losing one of their key assets, Inter would be able to cash in handsomely on a replacement for a player widely regarded as one of the best in Europe.

Darmian’s expected transfer away from Old Trafford in the summer did not materialise, with Jose Mourinho saying all bids had fallen short of the fee United would have accepted. However, now it could leave the door ajar for the arrival of Škriniar. 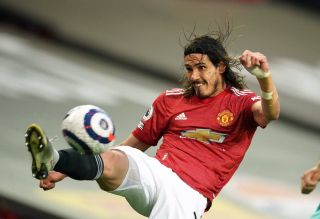 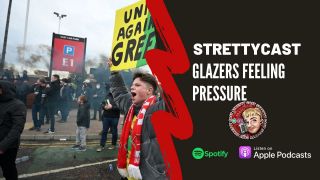