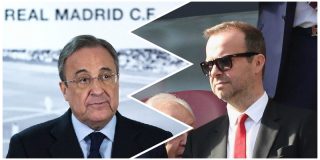 Seen by many as the best defender in Serie A – if not world football – the Senegal international has long been linked with a switch to Old Trafford, with ESPN recently claiming Koulibaly is one of our prime targets in defence, and that he’s open to the idea.

What more do United want? If Koulibaly wants to join the club, it’s time to make a deal happen rather than sitting on our hands penny pinching.

In order to really improve at the back and become a force again, the Reds must spend big on a centre-back and Koulibaly fits the bill.

However, big news has emerged from Italy and may come as a concern to United with Koulibaly strongly linked to Real Madrid instead.

The story comes from Il Mattino, translated by talkSPORT, claiming Los Blancos are set to bid around £90m for the Senegalese defender.

But why would Napoli accept a lower bid from Real Madrid? That’s where this gets interesting.

Last month a report appeared in Corriere dello Sport, as per the Daily Mail, suggesting Napoli had turned down a £91 million offer for Koulibaly from United. While there’s only £1 million in a difference, it still doesn’t make sense that Napoli president Aurelio De Laurentiis would ‘immediately’ reject that offer but accept less for the same player.

Koulibaly would be a fine signing for both United and Madrid. The Reds have no world-class defenders and haven’t for some time, while the Spanish giants may look to replace Sergio Ramos in the near future.

On a side note, it reports are to be believed, Koulibaly looks set to break the current world record fee paid for a defender, which is currently the £75 million Liverpool paid for Virgil van Dijk last year, as per BBC Sport.