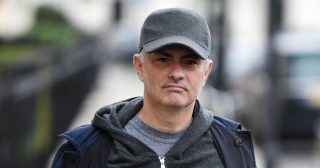 José Mourinho has been paid his £15 million compensation package in full by Manchester United, according to reports.

The Portuguese tactician was dismissed as United manager on December 18 after a shocking start to the season, but it was an underwhelming performance at Anfield that came as the final nail in the coffin for Mourinho.

Now Mourinho has received his compensation package, he can eventually move on and return to management.

The Daily Mail spoke to a source close to Mourinho on Wednesday night: ‘There are no issues over José’s contract with Manchester United. Everything has been sorted.

‘Jose is able to take on another job right now, but is in no rush. He is very relaxed about it and would be happy to wait until the end of the season if he needs to.’

Mourinho has been linked closely with the Benfica job, with club president Luis Filipe Vieira conceding he would take the former United manager “at the drop of a hat” because “money is no object,” as reported by The Mirror.

So, Mourinho continues to make the headlines despite being unemployed.

No matter where he ends up he will dominate headlines but they will probably be negative for the most part.

A stint in international football could do Mourinho the world of football. Less time with players, who will be able to respect him more as a result, and a conservative brand of football. It is a surprise we’ve not seen him linked with any of those jobs.

But with a £15m bonus lodged into the back, a return to football management should be the last thing on his mind. I’d suggest booking a holiday but that’s probably off-putting after two and a half years living in a hotel.